This was first published last year but I think you will enjoy reading about the Women of Plymouth again.  One of the things I will be giving thanks for are the many wonderful readers of this feature and the plethora of inspiring women to write about.

Since yesterday was Thanksgiving, and we all have been taught about the brave men who came over on the Mayflower to establish the first colony and celebrate the first Thanksgiving, I decided to try to give the women who no doubt cooked the first dinner some equal billing.

THE WOMEN OF PLYMOUTH
On September 6, 1620, 102 passengers and 30 crew members boarded the Mayflower. Some were in search of religious freedom; others, new opportunities in a new land. Eighteen adult women were on board.
Only four of those adult women would survive the following year and be present at what has come to be known as the “First Thanksgiving” in the fall of 1621. The reasons for this scale of loss are well known and well documented, and have little to do with the initial concerns related to lack of strength and fortitude that caused many of the Pilgrim men to leave their wives behind in Europe.
When the Pilgrims arrived on the north shore of Massachusetts after their arduous 66-day, 2,800-mile journey, there was much work to be done. While the men organized and executed scouting trips that would ultimately result in the selection of Plymouth as the site for their colony, the women remained in the cramped — and no doubt fetid — ship. Care-giving roles for children soon expanded to include nursing the sick as the winter swiftly ushered in rampant disease.
DUE TO THE ANTIQUATED SOCIAL MORES OF THE TIME, IN WHICH WOMEN WERE ENTIRELY SUBSERVIENT TO MEN, THE DETAILS OF THEIR LIVES ARE SPARSELY RECORDED.
More than half of the new colonists would be buried by the spring.
The hardship and loss endured by the surviving women is unimaginable. And due to the antiquated social mores of the time, in which women were entirely subservient to men, the details of their lives are sparsely recorded.
Perhaps the most complicated legacy is that of Eleanor Billington. She was the matriarch of the black sheep family of Plymouth: her husband, John Billington Sr., was the first murderer in the new colony and the first to be hanged for his crimes. Her son Francis fired a musket shot aboard the ship that narrowly missed a powder keg, which could have significantly altered history. And her son John Jr.’s disappearance ended when he was found and peacefully returned by a local Native American tribe in what otherwise could have been a history-changing early skirmish. Billington herself would be no stranger to controversy — she was later sentenced to sit in the stocks and be whipped for slandering John Doane. Yet, historians suggest that black sheep was not the only role she played: Eleanor Billington was also responsible for sharing the duties of caring for the sick during that first devastating winter.
Elizabeth Hopkins was one of three women who were in the third trimester of pregnancy when the Mayflower departed. She went on to give birth to a son, Oceanus, during the voyage. She and husband Stephen Hopkins, one of the most prominent “Strangers” to land, led a fruitful and colorful life that would see him run afoul of the law for a variety of offenses related to drunken revelry in their home.
Mary Brewster joined her husband William and their children, Love and Wrestling, on the Mayflower. William Brewster is one of the most celebrated figures in this early chapter of American history, serving as a chief advisor to Gov. William Bradford, and Mary, according to historical accounts, is said to have acted as a sort of mother figure to colonists, playing a particularly strong role in the moral education of the women and children. Of her death in 1627, at the age of 57, Bradford wrote, “her great and continual labours, with other crosses and sorrows, hastened it before y’e time.”
Susanna White Winslow made history twice in the earliest days of New England. She bore the first child there when her son Peregrine was born while the ship was anchored in Provincetown Harbor. And after the death of first husband William White, she married Edward Winslow, viewed as one of the most energetic and trusted men in the colony, in the first wedding recorded there.
Two younger girls, Priscilla Mullins and Elizabeth Tilley, both of whom were left orphaned in the first winter, also survived to the first Thanksgiving. They would go on to have a significant impact on the colony.
Priscilla Mullins found a sort of romantic immortality thanks to a largely fictionalized account of her relationship with future husband John Alden in Henry Wadsworth Longfellow’s poem “The Courtship of Myles Standish.” About 20 years old when she arrived on Plymouth’s shores, Priscilla was said to be attractive, a good cook, and a strong wit. The latter quality, regardless of whether she actually uttered the words, is immortalized in the most famous moment of the poem, when Alden is dispatched by Standish to ask for Priscilla’s hand in marriage, only to be chided, “Why don’t you speak for yourself, John?”
Elizabeth Tilley was 13 when she arrived in Plymouth. Following the death of her parents, she was taken in by Gov. John Carver and his wife Catharine, both of whom would be gone themselves within the year. She would then be taken in by the Carver’s manservant John Howland, and the two would later marry and have 10 children, all of whom would live to adulthood and would eventually create more than a million ancestors. The lineage includes Presidents Franklin D. Roosevelt, George H. W. Bush and George W. Bush; writer Ralph Waldo Emerson; actor Christopher Lloyd; and former governor and vice presidential candidate Sarah Palin.

LADIES OF PLYMOUTH YOU ROCK!

from my heart to yours,

that you may find

Home, there it is at last. 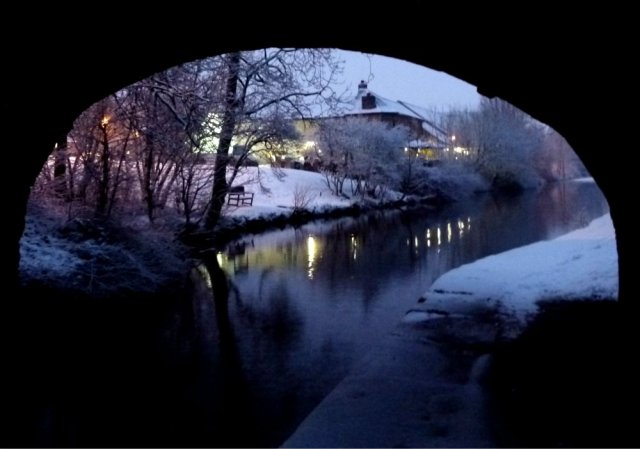 I am finally home from the killing fields of Afghanistan and Iran.

Perfect for my last visit.

I see them gathered together at the table for Thanksgiving Dinner.

I take one last look at them as they lovingly offer prayers for me.

“May the souls of the faithful departed rest in peace.”

Yes, now I can rest in peace.

This is written in response to a photo prompt provided by Sue Vincent at https://www.svincent.com. 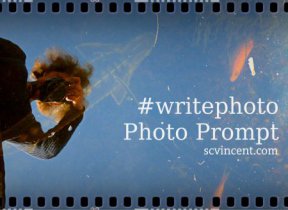 Thanks for taking the time read.

A Prayer for Thanksgiving
By Maya Angelou

Father, Mother, God
Thank you for your presence
During the hard and mean days.
For then we have you to lean upon.

Thank you for your presence
During the bright and sunny days
For then we can share that which we have
With those who have less.

And thank you for your presence
During the Holy Days, for then we are able
To celebrate you and our families
And our friends.

For those who live in pain,
We ask you to bathe them
In the river of your healing.

For those who are lonely, we ask
You to keep them company.

For those who are depressed,
We ask you to shower upon them
The light of hope.

Dear Creator, You, the borderless
Sea of substance, we ask you to give to all the
World that which we need most — Peace.

Expressing my gratefulness for the welcome I have received from my fellow Slicers since the day I first started posting to this writing circle and even more gratitude than you can imagine for the continual support I have received as I have continued to contribute on Tuesdays.  It has been my pleasure to get to know you and I look forward to reading your posts on Tuesdays and findings out how your life is treating you all.

Thank you Ruth Ayers for providing a space for reflection every weekend.  A time to reflect on what is precious and important in life is sometimes overlooked by me while I navigate the rapids of my days.  I am thankful for this space every week to remind me to pull the raft over to shore, light a fire, and contemplate the goodness contained in that past week.

Wishing you many reasons to give thanks,

A lot of happenings this past week – Thanksgiving and Breakfast with Santa.  These events are something I look forward to with happy anticipation every year.  Hillary, my daughter in law,  prepares a very yummy Thanksgiving dinner and it is so much fun to watch my grandson, Lucas, participating in the mystery and magic that is Santa Claus.

But the most fun I had this past week was when Lucas spent the night at our home.  We went up to our bedrooms to change our clothes to go out to eat.  Lucas announced to me that it was now time to be silly.  Hmmm, I thought, I wonder what being silly entails.  But I just proceeded with changing my clothes and listening to him in his room changing his clothing.  He was laughing and giggling and have a great old time all by himself.  As I listened to him I couldn’t help but wonder when was the last time I had been able to make myself that joyful.  At last he came into my bedroom.  He was completely naked with a pair of underpants on his head.  He laughed and laughed and then streaked around the bedroom shouting “MeMe it’s silly time”.

I received this post yesterday and I am sharing it with you so that you can have a laugh at silly time too.

Wishing you a week filled with silly smiles,

Afterward,  I couldn’t get our conversation out of my mind.  I started to think about all the beautiful  women friends I am so thankful to have in my life.  I  mused about all the struggles and suffering they have experienced and I have experienced.  And I came to the conclusion that one of the reason we are all here is to save each others life.  I know that every single one of these women have saved my life and I hope that I have been able to do the same for them.

I have a lot to be thankful for in my life.  I have a wonderful husband who I have been married to for 41 years and loving children, grandchildren, and a daughter in law who I love and am proud to call my friend.

This Thanksgiving I will be giving thanks that these beautiful women are my friends.

May your Thanksgiving be filled with many reasons to be grateful.

Alvin lives under my house but was looking to come in this morning.