As I am sure that most of you know October is Breast Cancer Awareness Month.  I am going to share with you the stories of two of my personal heroes.  One is a survivor of breast cancer and the other works tirelessly to raise money for the eradication of women’s cancers.  I have had the privilege of being their friend for over 35 years.

We all started out as young mothers in our much loved town of Haddonfield.  Fran and Nancy were always organizers and soon I joined in and we were working on all kind of activities to help our children’s school.

We had splendid lives that were only touched by ordinary problems.  But, as everyone knows, this type of life doesn’t last forever.

Nancy’s story – The first harbinger of trouble came when Nancy and her first husband divorced.  It was a shock to everyone, including her.  Nancy was left with two children to raise and a pocketbook full of bills.  But to Nancy’s credit, she picked herself up and reinvented her life.  She took the experience she gained from all those numerous fund raising activities she had worked on and built a business advising Not for Profit agencies how to increase donations.  Nancy didn’t just survive, she thrived.

One of Nancy’s early efforts was to help form a group called Teal Magnolias.  The purpose of Teal Magnolias is to raise funds for research for a cure for Ovarian Cancer.  Nancy built this effort into such as success that five years after its inception, Cooper Hospital came calling and asked to join forces to build one effort called Pink and Teal.  Pink for breast cancer research and Teal for ovarian cancer research.  Last year this event raised $750,000.

Little did Nancy or Fran or I realize at the time how personal this effort would become to us.

Fran’s story – Fran lived the life we did, seemingly untroubled for years and years.  Fran did have one health scare early on but she recovered completely and it faded from memory and became only a little blip in the story of her life.  Her wonderful husband Richard retired and they set out on a fun filled retirement life.  Then one day they heard that dreaded word – cancer.  Richard had a very rare cancer that  really had no cure.  They gave it their most valiant fight.  But Richard lost the fight and Fran became a young widow.  And once again I watched a friend reinvent her life and keep going.  Well, sometimes life deals you the joker twice.  Fran had no sooner gotten her life back in order than she was diagnosed with breast cancer.  Now she had to face the fight for her life without the benefit of a spouse to help her.  How was she going to do it became my constant worry.  But I had no reason for that worry, when you have been a good friend to many people for year upon year, those people come out of the woodwork to help you.

Fran is done her treatment now and honestly looks more vibrant than before she suffered from breast cancer.  She rose above the circumstances of her life to become a dedicated supporter of the Pink and Teal Organization.  Fran didn’t just survive, she has thrived.

These women are my heroes.  I am sure that all of us have women in our lives that we love.  Let’s extend that love to every woman and support the efforts to find cures for women’s cancers not just in October but in every month of the year.

FRAN AND NANCY YOU ROCK!

September is Ovarian Cancer Awareness Month. Ovarian cancer accounts for only 4% of cancer in women, but due to its lethal nature, it is the 5th leading cause of cancer death in women. Since screening for ovarian cancer is currently inadequate, it’s important for women to be aware of this killing disease, its signs and symptoms and to actively campaign for research for a cure.  Gilda Radner valiantly fought her Ovarian Cancer and her husband Gene Wilder founded Gilda’s Club in her honor.  What follows is my love letter to Gilda.

At a time in my life when women were not even allowed to wear pants to work, I turned on late night television and discovered SNL and Gilda Radner.

I was completely amazed to watch a woman my age on a comedy show holding her own.  And, she was holding her own against men who would become the giants of the comedy industry.  She was funny and smart and not afraid to take chances.  Gilda did all of this and at the same time was the equal of the male comedians.  She didn’t use her sexuality, she wasn’t afraid to not be portrayed as pretty, she portrayed old and young and always seemed to be winking at you when she did.

Later in her life when Gilda got ovarian cancer, she again was fearless.  She took herself out in public and discussed her illness.  Again, this was something that was not done at that time.  You dealt with your illness behind closed doors back in the day.

To quote Amy Poehler, “What Gilda did is she accepted that life is ridiculous and just said well f… it!  What else are we going to do?  It’s beautiful, it’s crazy, it’s disappointing, it’s lonely, but why don’t we live while we’re alive.”

Gilda did all of that and was an inspiration.

I invite you to add a link to your post about an inspiring woman.

On Saturday Dom and I left Haddonfield with two very dear friends to visit New York City and see a show.

It started out like the perfect day.  The weather was perfect, there were no traffic jams on the New Jersey Turnpike, and we had a delicious leisurely lunch. A lot to be thankful for.  We walked over to the theatre and handed over our tickets.  Suddenly the ticket usher was on her intercom requesting assistance and we were pulled aside and told to wait.  Somehow, I had a feeling that we hadn’t won the Publisher’s Clearinghouse but couldn’t figure out what was the problem.  I was soon disabused of any happy scenarios that I was creating in my mind.  I had purchased the tickets for October 5 and today was November 5.  Horrors!

I want to give thanks to my friends and husband for their good humor while the management of the theatre worked to resolve this mistake.  They were so gracious and seated us in wonderful seats and never accepted a penny of compensation.  I cannot tell you how many times I said thank you.

Oh, by the way, the show is fantastic.  It is a delightful send up of Broadway musicals and Shakespeare.  When the show ended I was even more thankful for not having missed it. 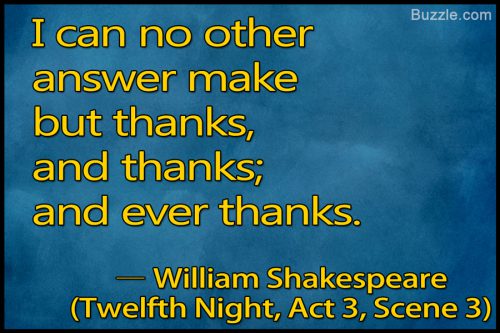 I hope that by writing these posts that we will move together beyond thankfulness into appreciation. Because appreciation for the moments and things for which we give thanks requires us to be mindful of our lives. “You didn’t have to do what you did, I thank you.”  Sam and Dave.

Yesterday I had the honor of sharing a room filled with 960 people who had come together to raise money to fight breast cancer and ovarian cancer.  It was a celebration of the women who have survived these cancers and their medical professionals.  One of the keynote speakers was my friend Fran who has not only survived what life has pitched at her, she has grown into an even more amazing person and friend with every passing day.  I am so thankful to be Fran’s friend, and I am so thankful that she is counted among the survivors, but also so thankful for the experience of being at an affair that overflowed with gratitude.

I am sharing the following poem because it exemplifies Fran’s spirit.

“I have heard there are

troubles of more than one kind.

Some come from ahead and

some come from behind.

But I’ve bought a big bat.

I’m all ready you see.

Now my troubles are going to

have trouble with me!”

I hope that by writing these posts that we will move together beyond thankfulness into appreciation. Because appreciation for the moments and things for which we give thanks requires us to be mindful of our lives. “You gain strength, courage, and confidence by every experience in which you really stop to look fear in the face.”  Eleanor Roosevelt.

Alvin lives under my house but was looking to come in this morning.