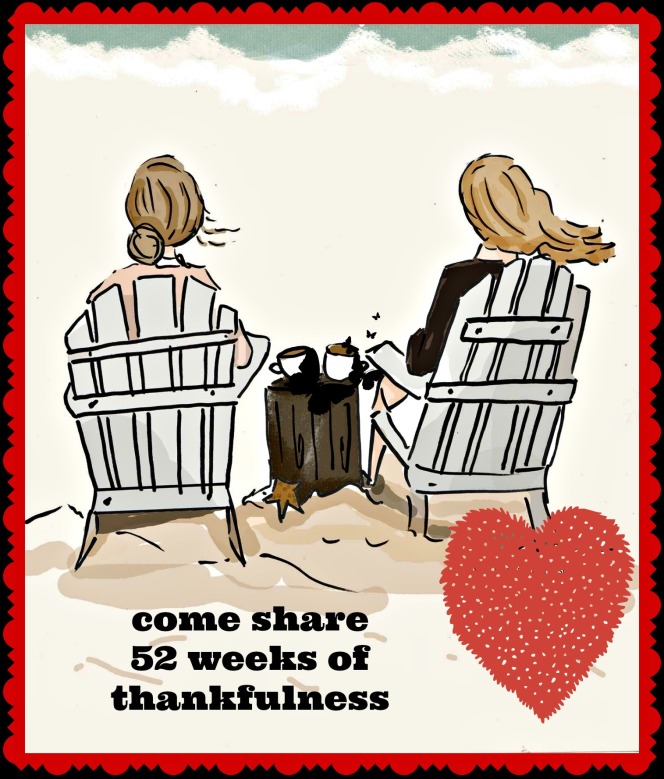 I had very many things to be thankful for this past week.

MY VERY DEAR FRIEND FRAN COMPLETED HER TREATMENT FOR CANCER.

I AM SO THANKFUL THAT IN ADDITION TO BEING A WONDERFUL HUSBAND, I AM MARRIED TO A VERY CARING PHYSICIAN.

AND WE WERE GREETED BY THIS RAINBOW.

I hope that by writing these posts that we will move together beyond thankfulness into appreciation. Because appreciation for the moments and things for which we give thanks requires us to be mindful of our lives. “Let us be grateful to the people who make us happy; they are the charming gardeners who make our souls blossom.”
― Marcel Proust

I am sharing this post today with my fellow writers at Two Writing Teachers.  You might want to stop over there and take a look at this wonderful site.

Tomorrow I will talk about a young woman who has taken this message to heart and acted upon it.

On Friday’s I like to write about women who have made a difference in our world.  Today I would like to introduce you to Dr. Joan Gault.  Not only did Joan become a Doctor at a time when it was very difficult for a woman to do so but in her retirement she continued to help people.  She is the founder in Haddonfield of an organization called Interfaith Caregivers.

Dr. Gault was born in England, grew up in Haddonfield, graduated from Haddonfield Memorial HS in 1932, from Wilson College in 1936 and John Hopkins Medical School in 1940, where she was one of five women in her graduating class. She interned at Philadelphia General Hospital and continued her residency and career at Temple. In 1954 she went to Scotland and furthered her medical education at the Univ. of Edinburgh. She returned in 1956 and joined Temple Medical School as a Professor of Physiology until her retirement in 1990 at the age of 75.

After Dr. Gault retired, she founded Interfaith Caregivers in Haddonfield, an organization that helps the elderly or disabled live independently.

Setting out to meet the needs of isolated senior citizens, Dr. Gault elicited support from Haddonfield churches and community groups, formed a Board of Trustees, and organized the first training session for volunteers. In its first year of operation, Interfaith Caregivers served 80 clients with the help of 62 volunteers. While Caregivers has evolved quite a bit from its grass roots beginnings over the years – it now employs an executive director and serves over 300 clients through a corps of nearly 300 volunteers – its basic mission of neighbors helping neighbors through simple kindnesses hasn’t changed.  (Information obtained from the Interfaith Caregivers web site.)

Dr. Joan Gault tipped the scales for the Town of Haddonfield.

Thirteen years ago the Andrew I knew and loved stopped existing.  In his place I was given a new Andrew who I also love very much.

Many of you follow me because of Andrew and I know would like to have news of him. So, today for the first time in 13 years, I am posting a picture of him. 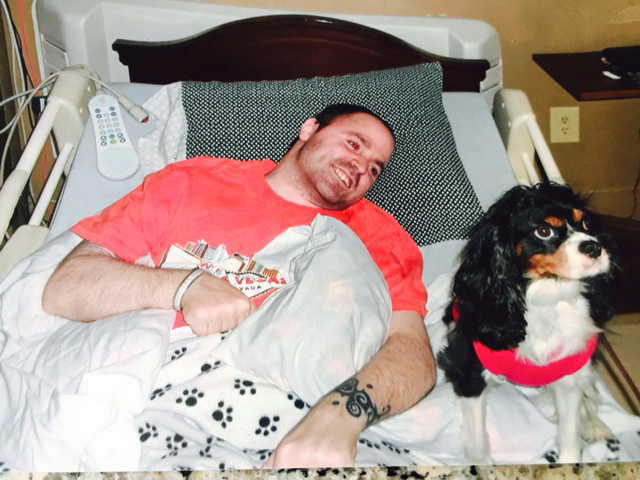 As you can see, there is still that certain Andrew smile and spark in existence. I hope you can get past the sadness and probably horror this picture makes you feel and really look at the smile on his face.  If you ever have a minute, please stop in and visit him.  When I mention his friend’s names, his face lights up.

Thirteen years ago, my son, Andrew, walked out my door never to return.  In those thirteen years I have had to struggle with an avalanche of emotions.

One of the hardest acts for me is to accept the new Andrew.  I spent so much of the last 13 years not accepting this tragedy and denying that I was left with a new person.

The anniversary of losing the first Andrew is October 12.  This past week when I visited Andrew, I saw that someone had taken this picture of him –

Usually, I take these pictures and rip them up.  When I destroy those pictures on some level I am destroying the evidence of my loss.

This is the first time I have saved a picture of him and posted it.  I am celebrating this because I think I may have turned a corner and I am walking into the comforting arms of acceptance.

Sister Helen Cole has worked in Camden, NJ for over 20 years.  Camden, NJ has had the recurring honor as being the most dangerous city in the United States.

What follows is an article that was published in the New York Times on December 29, 2004 written by Jeffrey Gettleman –

The other day she was walking down York Street with an Our Lady of Guadelupe pendant swinging from her neck, past once-beautiful peaked-roof houses now encased in burglar bars, past men in hooded sweatshirts mouthing “white horse, white horse,” past murals of dead boys with R.I.P. painted below their faces in huge snazzy graffiti letters, when she bumped into a neighbor.

“Sister,” the woman replied, “all Camden is going to be holy ground soon.”

When somebody is killed, Sister Helen goes to the spot with a bottle of holy water. She lights a candle. She says a prayer. The spot becomes holy ground. She has turned sidewalks, street corners, porches, alleyways, weed-choked fields and even a Toyota Celica into holy ground. Lately, she has been very busy.

She began this work in 1995 when the mother of a missing girl knocked on the convent’s door for help. The girl had been raped and murdered. Sister Helen hasn’t looked back since.
“I’m not a seeker, an ambulance chaser,” she said. “But I enjoy taking away pain. I hold out my hands and tell people, ‘Give me your pain, put it in my hands, let it go.”‘

She calls it companioning.

Every year on Good Friday, Sister Helen, a Roman Catholic nun, leads a Stations of the Cross procession through North Camden. People act out scenes from Christ’s crucifixion and then stand on the street corners and belt out the names of known drug dealers and pray for them.

“I’m not stupid,” Sister Helen said. “I’m not going to go up to these guys and confront them. I value my life.”

How does she even know their names?

“We coached them in Little League,” she said

Her church, Holy Name, has been running sports programs and social services in North Camden for years. It is one of the roughest neighborhoods in the city, and many houses have an unusual architectural feature: the totally fortified front porch, with burglar bars walling off not just windows and doors but the whole front part of the house. The police call them birdcages, and on many days when the streets are thick with drug dealers, it is the law-abiding citizen sitting behind bars.

Sister Helen, 46, lives amid all this in a convent on State Street with four other nuns. They have a Christmas wreath bound to their porch with three chains.

I think that you can agree that what Mother Theresa is to compassion, Sister Helen is to bravery.  Sister Helen you rock.

For the past several years, I have had the pleasure of living next door to a series of Philadelphia Flyers.

Living next door to a member of the team is great on many different levels.  Our family has become more personally engaged in the success of the team and we have had the opportunity to meet people from all over the world.

But last week the pleasure of living next door to a Flyer was taken to a higher level.  After work one night last week, this lovely young woman with her little girl rang my door bell.  She introduced herself as my new neighbor and handed me a present.  I was completely dumbfounded and not a little more than embarrassed that I hadn’t been the one extending the welcome to the neighborhood.

Isn’t it amazing when someone new can completely surprise you with their graceful attitude toward life?  So welcome to the neighborhood Downie’s.

So gentle readers, take some time to cheer for the Flyer’s this week and Haddonfield’s new residents, the Downie Family.

This week always causes me to suffer from a devastating feeling of melancholia.  My son, Andrew, left our home for a holiday in New York on October 11, 2002.  He was a vibrant, handsome young man.  The next time I saw him, he was a shell of a person.

After eleven years, I have been able to smile again.  But…

I hear the football games announced and the marching band play and I see Andrew waving from Haddonfield High’s football field on an autumn Friday night.

I hear Bruce Springsteen play and I see Andrew’s grin as he leaves for his last concert.

I walk in Crows Woods and remember walking our dog together.  I see a Black Lab and my heart leaps.

The little midget Bull Dogs under the lights brings me to tears.

“Time it was and what a time it was, it was

A time of innocence, a time of confidences.

Long ago, it must be, I have a photograph.

Preserve you memories they’re all that’s left to you.”  Paul Simon