I thought you might all like a birth announcement this week.  This comes to us courtesy of the New York Times.

“Parenthood isn’t just a women’s issue, it’s an economic issue and one that affects all parents — men and women alike,” she said. Erin Schaff for The New York Times

Senator Tammy Duckworth, a Democrat of Illinois, gave birth to a daughter, Maile Pearl Bowlsbey, on Monday, making her the first United States senator to give birth while in office, she said in a statement.

Ms. Duckworth said she and her husband, Bryan Bowlsbey, and their other daughter, Abigail, “couldn’t be happier to welcome little Maile Pearl as the newest addition to our family.”

“We’re also so grateful for the love and support of our friends and family, as well as our wonderful medical teams for everything they’ve done to help us in our decades-long journey to complete our family,” she said in a statement.

She said former Senator Daniel K. Akaka, a Democrat from Hawaii, “was able to bless her name for us” before his death last week. “His help in naming both of our daughters means he will always be with us,” she said.

Maile is also named for Pearl Bowlsbey Johnson, who was Mr. Bowlsbey’s great-aunt and an Army officer who served in World War II, Ms. Duckworth said.

Ms. Duckworth, 50, was already one of 10 women who had given birth while serving in Congress, having had Abigail in November 2014 as a member of the House of Representatives. But Maile’s arrival made her the first sitting United States senator to give birth.

“She’s going to be taking much of the next 12 weeks to spend time bonding with her new daughter and spending time with her family,” said Sean Savett, a spokesman. “But she will be available for close votes as needed.”

Ms. Duckworth announced her pregnancy on social media in January and, in an interview with The Chicago Sun-Times, described her struggle to become pregnant. Both daughters were conceived through in vitro fertilization.

“I’ve had multiple I.V.F. cycles and a miscarriage trying to conceive again, so we’re very grateful,” she told The Sun-Times. Her most recent miscarriage was during her 2016 Senate campaign, she said.

In the statement on Monday, the senator’s office said her experience as a mother shaped her legislative goals and gave her “an important — and underrepresented — perspective in the halls of Congress.”

Since the birth of Abigail, Ms. Duckworth has introduced several bills aimed at making life easier for new parents, but none have been voted into law.

“Parenthood isn’t just a women’s issue, it’s an economic issue and one that affects all parents — men and women alike,” Ms. Duckworth said in her statement announcing Maile’s birth. “As tough as juggling the demands of motherhood and being a Senator can be, I’m hardly alone or unique as a working parent, and my children only make me more committed to doing my job and standing up for hardworking families everywhere.” 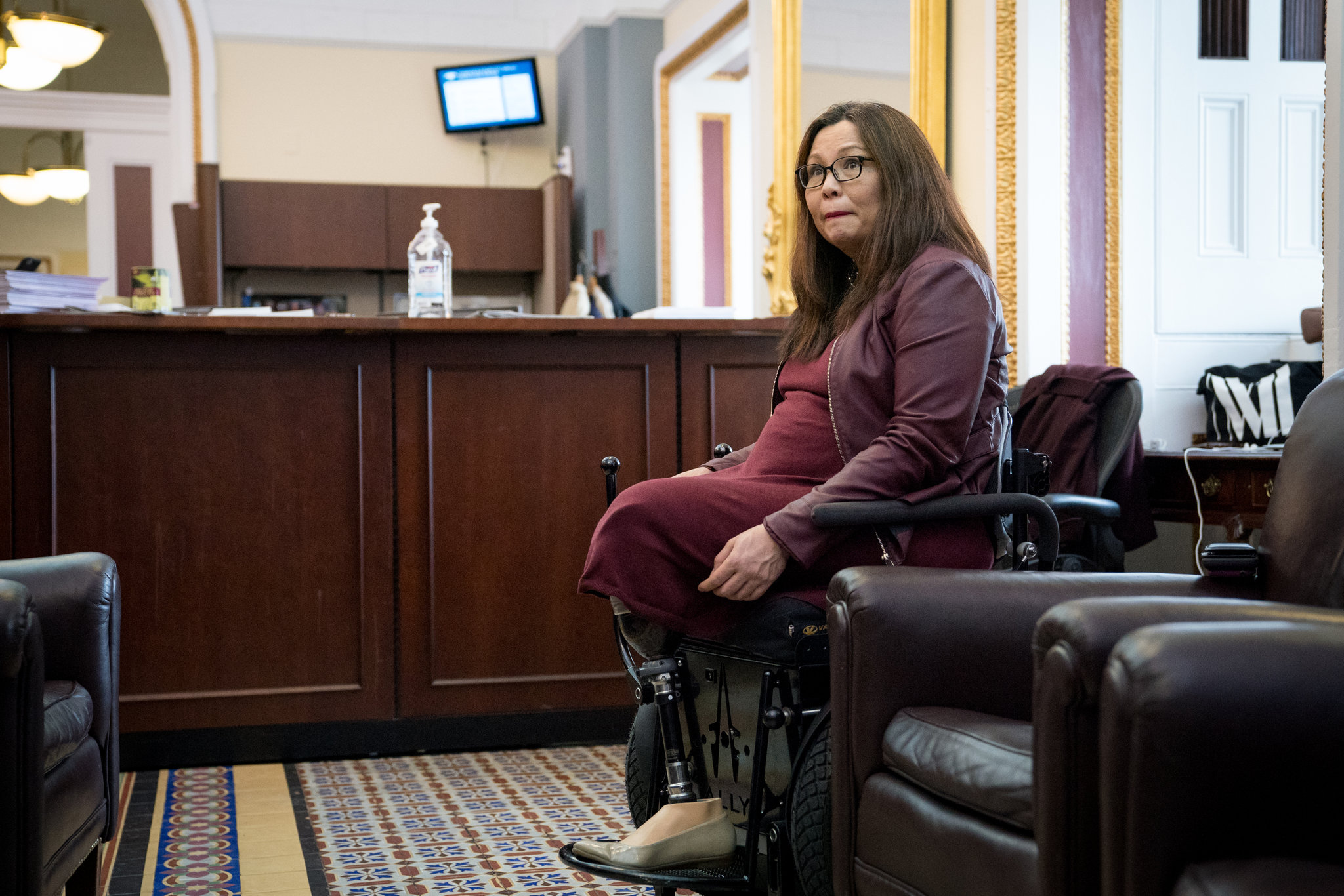