MARCH IS WOMEN’S HISTORY MONTH.  SO I AM GOING TO WRITE ABOUT SOME BRAVE WOMEN FROM THE PAST WHO YOU MAY NOT BE FAMILIAR WITH.  ENJOY! 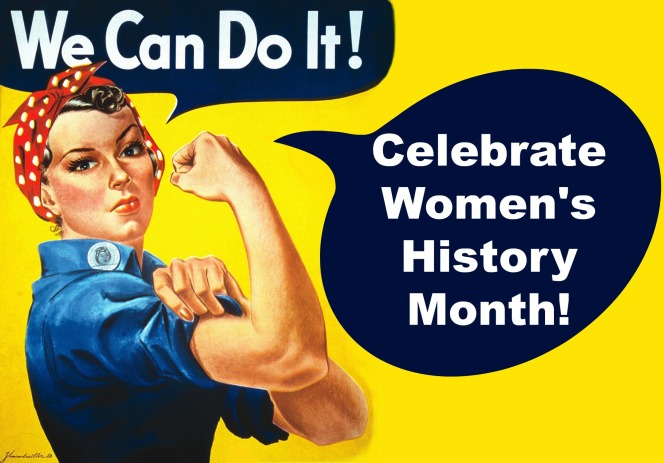 The following was first published in the Writer’s Almanac:

Sylvia Beach was born in Baltimore, Maryland in 1887. She opened a bookstore and lending library on the Left Bank of Paris called Shakespeare and Company, which stocked English-language books. She handpicked her books, she had copies of all the new innovative literary magazines, and she sold contemporary literature that was banned in America and England. Shakespeare and Company became known as “the unofficial living room” of the expatriate artists living in Paris, writers like Gertrude Stein, Ernest Hemmingway, F. Scott Fitzgerald, and James Joyce. Sylvia Beach met Joyce in 1920, just as he was finishing Ulysses. He couldn’t get it published because all the big presses thought it was too obscene, so she offered to publish it for him, even though she’d never published a book before. To fund the project, she got people to buy advanced copies. She had no editors, so she edited the huge manuscript herself, and she published it on Joyce’s birthday, February 2, 1922.

During the Nazi occupation of France, people urged Beach to return to America, but she didn’t want to leave her bookstore or her community. In 1941, a German officer wanted to buy the copy of Finnegans Wake that was on display in the shop window, and Sylvia refused to sell it to him. He threatened to confiscate everything in her shop. Within a few hours, Sylvia and a few friends moved all the books into hiding in an upstairs apartment and painted over the name on the door, and Shakespeare and Company vanished.

But the real trouble came to Sylvia Beach because she had kept an 18-year-old Jewish girl on the payroll as her assistant. The Nazis had warned Sylvia to get rid of the girl if she knew what was good for her, but she refused. The girl was put on a train to Poland and never heard from again, and Sylvia was sent to an internment camp for six months. After her release, she didn’t have the heart to reopen her bookstore. But for more than 50 years, there has been a second Shakespeare and Company bookstore on the Left Bank, run by George Whitman and his daughter Sylvia Beach Whitman. It is a haven for young writers, who can sleep on beds in the store in exchange for working a couple of hours a day shelving books.

Ernest Hemmingway wrote about Sylvia Beach: “Sylvia had a lively, sharply sculptured face, brown eyes that were as alive as a small animal’s and as gay as a young girl’s, and wavy brown hair that was brushed back from her fine forehead and cut thick below her ears and at the line of the collar of the brown velvet jacket she wore. She had pretty legs and she was kind, cheerful and interested, and loved to make jokes and gossip. No one that I ever knew was nicer to me.”